We know intuitively that getting out and walking through nature is good for us. But there is also a lot of scientific evidence to back it up!

This article looks at five key ways that being with nature can positively impact your mind and your body. My goal is that after you read it, you will make nature walks a habit and maximize your well-being!

There is no doubt that spending time with people is good — but everyone needs some time to themselves. Those times of solitude are invaluable. Spending that solitude amongst nature is especially beneficial.

Walking or sitting alone in nature relaxes you and takes you away from the everyday world. It also gives you a sense of independence and self-reliance.

Being alone in nature is a great way to be mindfully present. There are so many subtle sights, sounds and feelings in natural surroundings that transport you to the present.

This is a huge change from your normal urban existence where most sensory preceptions are tuned out since they are not so pleasant, and your mind is mostly in the past or the future.

Being in nature relaxes you. In fact, just looking at greenery — even out of your window — has been shown to reduce stress.

For example, there was a 1991 study by Gary Evans and colleagues. called Restorative Effects of Natural Environment Experiences, which showed that walking in nature has a more beneficial effect on stress than walking in an urban area.

Also walking itself is a great stress reliever due to the physical exercise and just getting out and away from your normal environment, especially if that is indoors at an office or even at home. So that combined with being in nature regularly will really melt the stress away.

Lowering your stress reduces your cortisol and has a positive impact on many vitals including blood pressure, heart rate, and cholesterol.

True, the act of walking is good exercise, and that contributes to a healthy trend. However studies have shown that even not counting the exercise, there is still an improvement.

Also your physical body movements in nature, are well — more natural. Uneven landscapes, hills, dips, stepping over logs etc. will exercise a wide range of muscles and tendons. This can even work to prevent injuries and help existing ones more than walking or running on a level road or treadmill.

Obviously though, you have to be careful not to trip or fall in a hole! And always be wary of other physical dangers, such as wildlife, before venturing out.

Ramp Up Your Cognitive Function

It may be surprising, but it appears that being out in nature improves our brain’s executive functions. These functions include memory, planning ability, making decisions, strategic thinking, and resisting impulses to basically carry out a strategy or a plan.

In a 2008 study, Berman and colleagues showed how brain functions such as memory are improved after a walk in nature as opposed to one in an urban area.

A reason for this appears to be that we have less negative thought rumination while in a natural environment. Rumination is where you think of something negative and your mind goes over and over it until the pathways of those thoughts are strong enough that it tends to perpetuate.

Too much rumination has been associated with more serious anxiety and depression disorders.

Natural surroundings, even when looking out of a window or at a picture or screensaver of nature to a lesser degree, appear to break up these ruminating thoughts, which is not seen with people walking through or seeing urban scenes.

The brain only has so much energy, and relaxing and preventing rumination frees up and enables higher cognitive functions to work. There may be other factors at work, but the fact is, there is good evidence that going for those nature walks will improve your cognitive functions.

Being in natural surroundings is inspiring. It’s amazing how ideas flow as you look at the dynamic nature around you. The combination of being in awe of nature and away from your normal urban surroundings — all while being relaxed and thinking clearly — strengthens your creative thinking.

Nature walks also help you break through creative blocks you may be having on current projects due to their ability to reset yourself.

A 2012 study by psychologists at the University of Utah and the University of Kansas showed that backpackers scored 50 percent better on a creativity test after spending four days in nature disconnected from electronic devices.

Sure, some of the results of the study above could have been due to being disconnected from their devices, but I highly suggest you leave your phone behind (or at least turned off) while being out in nature anyway for the full benefit.

So you want to think of that new patent, piece of art, book, article, or whatever? Spend some quality time around nature.

Expose yourself to nature as much as you can, even if just for short stints. You do not need to be deep in a forest to get the benefits (although occasional deeper immersion in nature is great). A park, or even neighborhood sidewalks that pass greenery can be good. And as previously mentioned, even looking at pictures of nature, or nature outside a window helps. 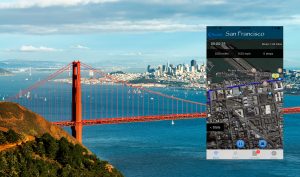 Help us keep this ad-free website running and create new content! Any donation helps and is greatly appreciated! 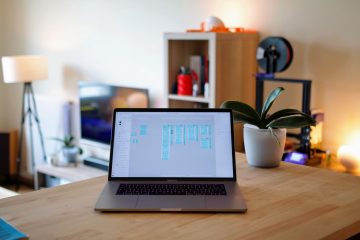 For many, working at home can seem like a dream come true. No commute, the flexibility to live where you want, no distracting meetings or people popping in your office. Although there is much to Read more… 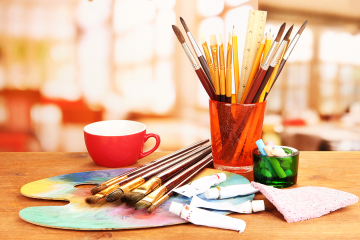 Need to reduce your stress? Get a relaxing hobby!  It’s common in today’s busy world to be consistently stressed. Your stress can be related to work, school, personal issues, or a combination of things. Left Read more… 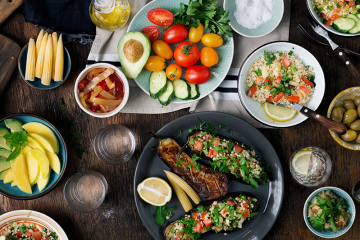 6 Foods to Brighten Your Mood

Many of us feel down sometimes, and we tend to focus on external events as the cause. Often though, it’s really our bodies that are the problem! It makes sense since our brains are a Read more…